It was an unbelievable season which saw Cook score an incredible 517 points. On his way to that tally, he registered twenty-two podiums and fifteen race victories. His nearest rival was a staggering 148 points behind in the standings. 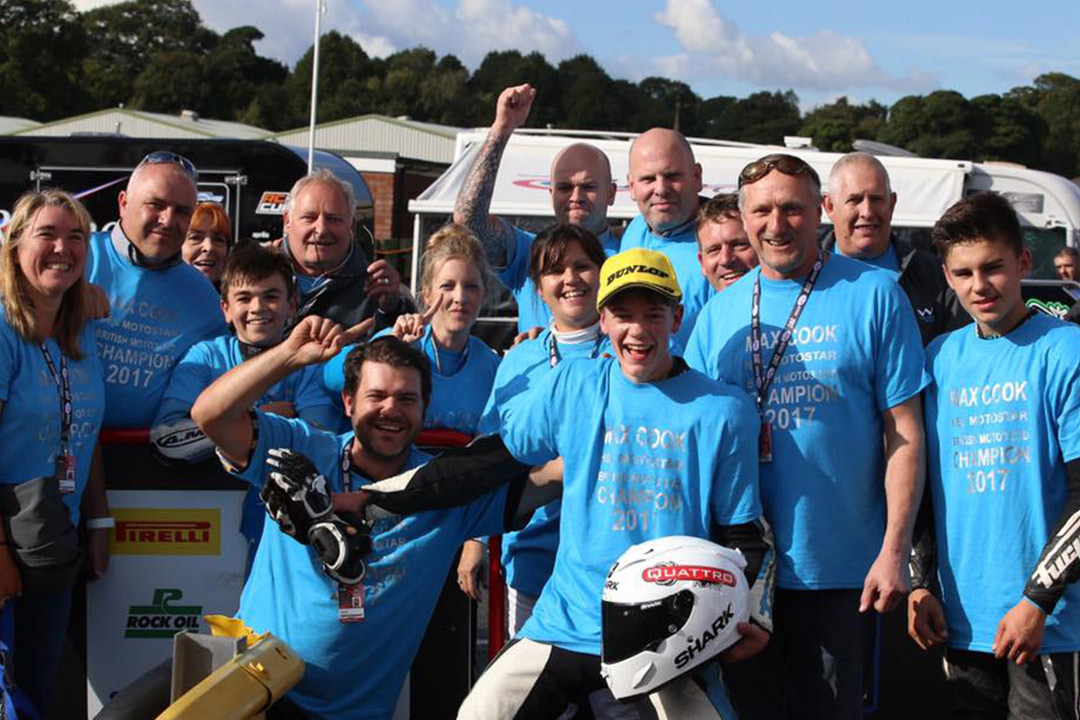 The season couldn’t have started better for Wilson Racing. Cook scored a victory in both the races in the opening round at Donington Park and went on to win seven consecutive races.

He wrapped the championship up in the second race at Oulton Park meaning he did it with four more races still to go.

At the time team owner, Gary Wilson said,”It’s just reward for the effort the team and Max have put in this season. He has applied himself well all year and thoroughly deserves the championship title. All of us at Wilson Racing is very proud of him as we are of all our riders.”

Charlie Atkins also had a good season as he finished fifth overall. Atkins started slowly but managed three podium finishes in 2017 and was just short, finishing fourth, on another five occasions. He ended the season with a fantastic 276 points. In his second year on the standard Moto3, he had improved by a huge 97 points.

Jake Clark joined the team from the Snetterton round at the end of June in 2017. The Bromsgrove youngster grew steadily as the year went on finishing 13th in the standing with 74 points from the eight rounds he competed in. He had three 8th place finishes in his first season.

Tom Alexander rode the first three rounds for Wilson Racing scoring points on each occasion. Although he was unable to continue from the first visit to Oulton Park he accumulated 15 points with the best result of tenth at Donington Park.

2017 was a truly remarkable season with four great lads riding for the team over the season. The hard work and commitment shown by all involved with the team were rewarded with the Championship title.