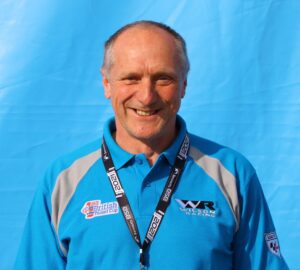 In 2021 Wilson Racing will field three young riders in the Honda British Talent Cup Moto3 championship. This race series is seen as a stepping stone towards entry to the Red Bull Rookies selection event and the Moto3 Junior World Championship. The riders all compete on the same standard class Honda NSF250R Moto3 machinery making close exciting racing where you can see the riders improve race on race.

The team has enjoyed great success and recent history saw Wilson Racing crowned Hel Performance British Motostar (Moto3) standard class champions in 2017 with Max Cook taking the title in dominant fashion. In 2018 they fielded five riders including Scott Ogden. Then in 2019 they surprised many larger teams when they moved across to the FIM CEV Repsol European Talent Cup. Fenton Seabright rode the bike to the podium in Estoril and the team regularly took points throughout the season.

After a successful year in the European Talent Cup in 2019, Gary Wilson brought his Moto3 racing team back to the UK in 2020 to take part in the newly expanded British Talent Cup.

But the story of Wilson Racing goes back much further. In 1985 Gary Wilson established the team with the aim of helping younger riders. He enjoyed great success with Chris Martin winning the British 125cc Championship. They went on to race at World GP level.

Gary Wilson’s approach has always been that he wants his young riders to understand the race bike and the circuits they race at. His belief is that if they can concentrate on getting their lap times down by better understanding of the machinery and track the rest will follow.