James Cook crashed out in race one at Luffield having just taken the lead before finishing tenth in race two. Luca Hopkins came across the line in 14th in the first race and then went on to pick up another championship point for fifteenth in the second race. Cook is 7th in the championship standings on 135 points and rookie Hopkins is in 21st place with 21 points. 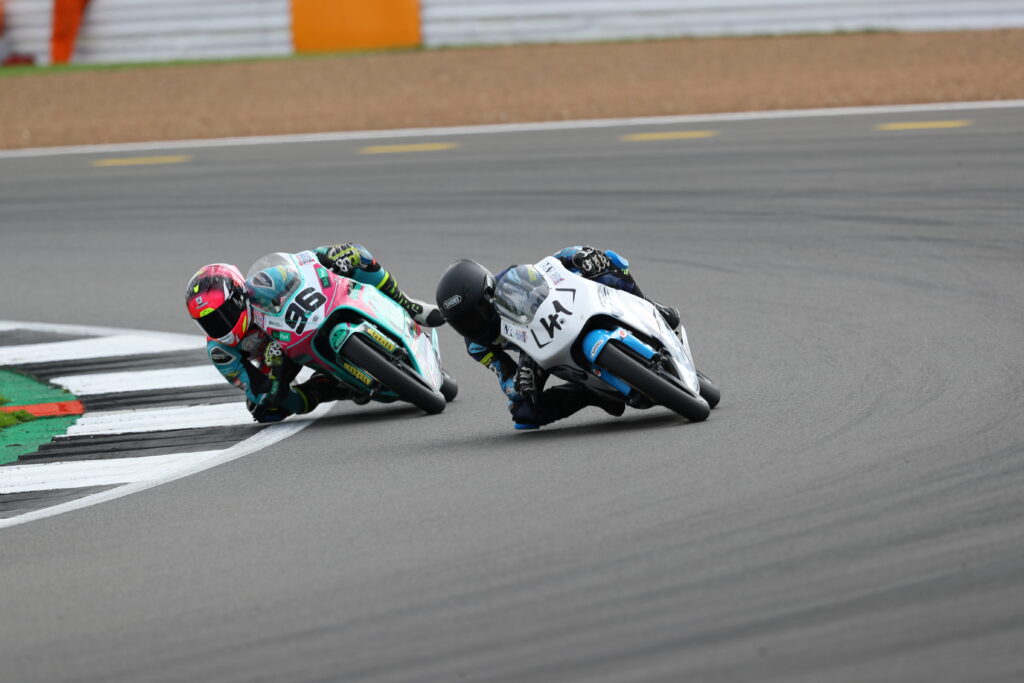 FP1 was wet and with the forecast suggested the rest of the weekend would be dry the Wilson Racing riders decided to stay in the garage for the first 30-minute session. In FP2 Hopkins and Cook were keen to get some track time but just three laps into the session the rain began to fall again proving that the British weather is unpredictable as ever.

The track was also wet for qualifying and with little track time the number 34 of Cook and the 41 of Hopkins did well to post the 8th and 17th fastest lap times respectively. 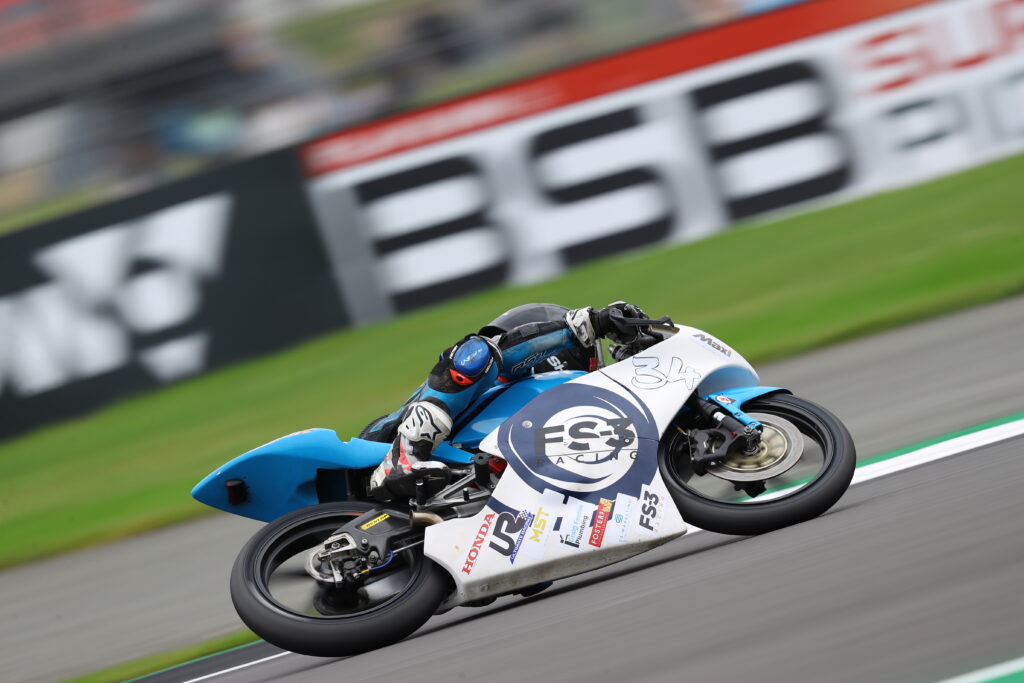 The track conditions were dry for the first 22 lap race of the Silverstone National circuit. Cook made a good start ending the first lap in seventh position. He then continued to pick off riders in the early laps moving into third place by the end of lap 7 setting the fastest lap of the race so far at the same time.

Cook continued to attack taking the race lead on the eighth lap as the riders approached Luffield. Powering out of Luffields Cook lost the rear and he, unfortunately, crashed out.

Luca Hopkins also made a good start to his first race of the weekend. Up to 15th after lap one Hopkins went on to have a race-long battle with the number 96 machine of Rossi Banham. The two change positions regularly throughout the 22 laps with Hopkins finishing in 14th position just behind his rival.

Cook started third for race two after his excellent lap time from race one. He managed to battle in the front group in the early laps.  The pace of race two had increased and although Cook’s lap time improved he struggled to stay with the race leaders and slipped back to tenth. Safely ahead of the riders behind he crossed the finish line in a comfortable if lonely tenth place.

Luca Hopkins came from 19th on the grid to finish the race in 15th at the flag. During the 22-lap encounter, he battled away with several riders often exchange positions. Making his way up to 14th at one stage and then slipping back to 18th only to recover and pick up the final points-scoring position on the last lap of the race.

Gary Wilson said, “James Cook was unlucky in race one. He just got on the gas a little early after taking the lead. We know he has got the talent and the speed and with a bit more experience and consistency, the results he deserves will come. Luca Hopkins is progressing well. It’s his first year on the moto3 and every session he is getting quicker. His best lap time by far came in race two. It just shows how much he can come on over a weekend as he gains confidence with a track and the bike.”

The final two races of the British Talent Cup season will be at Donington Park on the GP circuit from 1 to 3 October when the team hope to be able to welcome back injured rider Ryan Hitchcock if he gets the all-clear to race. 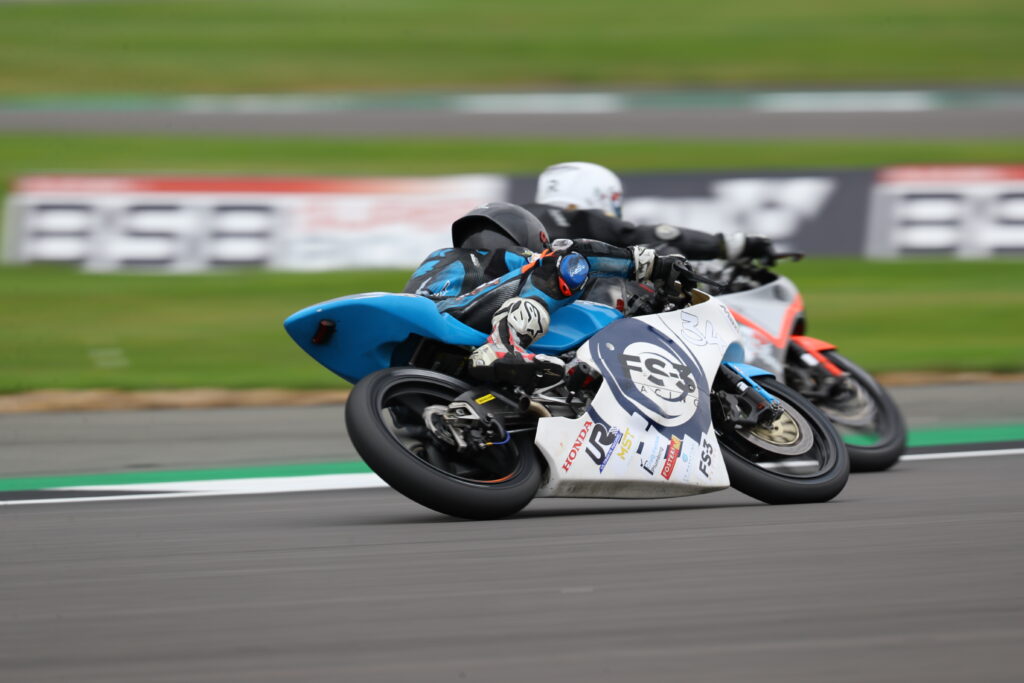