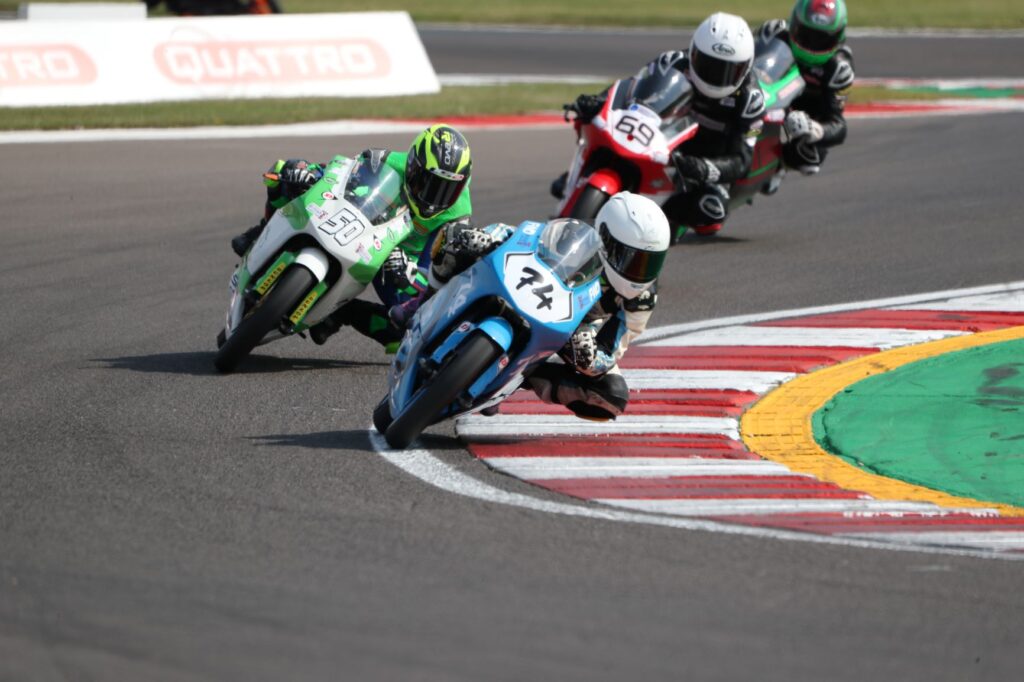 Wilson Racing has always been a team to provide an environment in which to develop young motorcycle racing talent. This year’s line up of three riders would all like to go on and emulate previous team members like Max Cook and Scott Ogden who have gone through Wilson Racing and on to Moto3 Junior World Championship, just one stop below World level.

James Cook was the fastest of the three new riders clocking 1:20.409 to qualify 9th for race one. Team mate Ryan Hitchcock clocked the 12th best time. Both riders were promoted one grid spot after an infringement from another rider. The number 57 Josh Hiatt would start 22nd on the grid.

On Saturday afternoon, it was Josh Hiatt who made the biggest impact on the opening laps as he leapt from 22nd to 14th. He was involved in a large group of riders battling throughout the race. Unfortunately, as the race went on he was unable to maintain the position as an electrical problem saw him slip back to 19th at the flag.

James Cook had a solid race and won his late Moto3 battle with Elliott Dufton to end the day as the top team rider in 9th place.

Ryan Hitchcock sent his fastest lap of the weekend so far, even beating his qualifying time. Rocket Ryan lost a place early on in the race. He then chased down and caught Harrison Crosby. The two traded positions throughout the last third of the race with Hitchcock having to settle for 12th place at the line, on this occasion.

There were two attempts at race two as the first was red-flagged after a racing incident. In the restart Hitchcock started from 8th, Cook from 21st and Hiatt was out having had to come into the pits in the red-flagged race. Hitchcock made up a place of the grid whilst Cook made quick work of his back of the grid rivals swiftly moving up to 16th on the first lap.

Hitchcock was involved in a race long battle with Crosby and Walker. Going into the final lap in 9th position, he made a great overtake through the final chicane to pip Crosby for 8th at the flag. 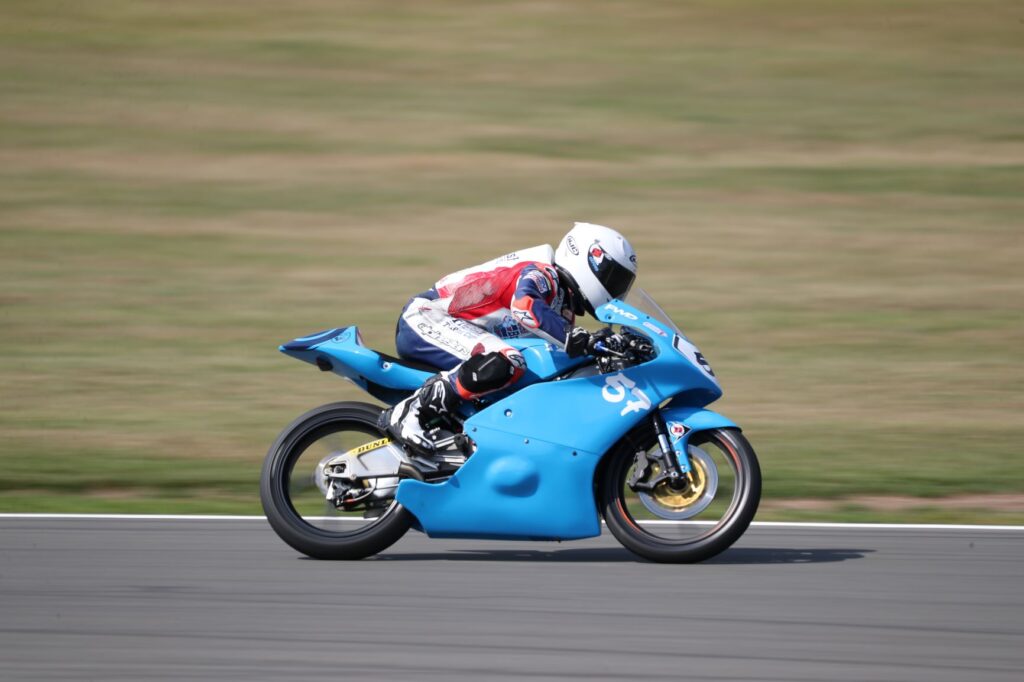 Cook continued his fantastic efforts rising all the way to 10th as he crossed the finish line.

Cook leaves Donington Park with 13 championship points and Hitchcock has 12.

The next round of the Honda British Talent Cup is at Snetterton on the weekend of 21st to 23rd August.

Gary Wilson said,” Overall it was a really good weekend. Fantastic results for James Cook with two top ten finishes and also an 8th place for Ryan Hitchcock in race two. But I also feel for Josh Hiatt as we have not been able to get to the bottom of the electrical issue with his bike which has dogged him throughout the two races.”