For 2020 the Forward Motion Wilson Racing Team has three riders competing in the British Talent Cup, a support class in the British Superbike series. 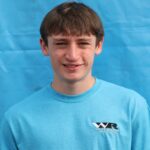 The 17 year old is the most experienced member of the team. He competed in the last two years of the now disbanded Moto3 British Motostar Standard Class Championship.

In 2018, his first season, he scored twenty points. 2019 saw a huge leap forward for the rider from Cannock, Staffordshire. On his way to a total of 145 points and a fifth place championship finish he stood on the podium at Thruxton when he finished in third place. However, Knockhill is his favourite track, where he particularly likes the final hairpin.

His career started back in 2015 racing in the British minibike championship before moving to Cool Fab Racing in 2016 where he competed on a Metrakit MiniGP70.

By 2017 he joined the final year of the KTM Cup finishing 14th in his first season on proper circuits.

James Cook (aka – The Captain)

From Swindon in Wiltshire, James is following in the footsteps of his older brother Max Cook (Red Bull Rookies and now CEV Moto3) by racing for Wilson Racing. Max took the standard class title in 2017 for the team. However, the expectations for James are more modest as this is his’ first season on the larger circuits, having only raced on karting tracks previously.

The determined 12-year-old has already proved a winner taking victory at Red Lodge on a Metrakit GP70 in 2019. Last year, he finished 4th overall in the Cool Fab Racing GP70 class. Apart from his race victory he stood on the podium a further 8 times. He still holds the lap record for the MiniGP50 in the Cool Fab Racing championship at Glan y Gors, a record since August 2018.

2020 is all about learning to handle the far more powerful Honda NSF250R machine and learn the full-sized circuits on the BSB calendar. 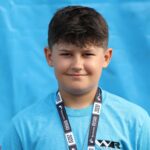 Ryan is a couple of months younger than James Cook and is also facing his first year on the larger circuits. He started racing in 2015 in the Cool Fab Racing rookies.

The rider from Melksham, competed in both the MiniGP50 and MiniGP70 categories of FAB Racing last season. He was 4th in the smaller category (12 podiums including  5 race victories) and 7th on the GP70 (6 podium finishes).  He currently holds the lap record at the Clay Pigeon circuit in both categories.

Last season Ryan got to meet Bo Bensneyder at a training camp in Assen. To Ryan’s surprise he took part in one of the events and they got to race the actual TT ciruit, albeit flat out on their GP70s.

Over the last few years he has been kindly supported by the people at the Moto Rapido Ducati team who spotted him racing in the Cool FAB Racing championship.